Our 10th annual academy awards show was a great success! The Fancy Feline Fair, 2018, once again celebrated the felines who have become such a big part of our lives. They came from distant shores – Sheboygan, Green Bay, and places in between to take part in the big party at the Two Rivers Community Center.

Mufasa, one of our seniors, introduced the Fair and after he did his thing, strolled around the hall in his harness to greet spectators as well as exhibitors. He was abandoned and found his way to the Program. He has a thyroid condition but that doesn’t stop him from enjoying rides in his forever mom’s car or his forever dad’s pickup truck. He’s one of our most distinguished Roamers.

Beetlejuice (shown at top with his new forever Dad, Jeff, and brothers) stole the show. Not only did he receive a 15th place ribbon in the short hair ring, but he also went to his forever home shortly after he received his ribbon. He was adopted several years ago, but the family that adopted him moved and left him to walk the streets. Fortunately, he found his way back to the Program. Everyone agreed that he was the big winner at the show.

Adoptable Roamers entered in the show also received ribbons for finals in the show rings. Ravi, Peeps, Sam, Baker, and Luna each have at least one brag.

A big “Thank You” to the techs at the Two Rivers Clinic for organizing the Silent Auction.
Thanks to all the helpers – there are many

REMEMBER – LOVE THEM AND DON’T LEAVE THEM! 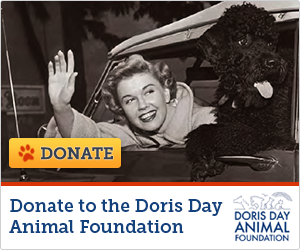